DISC History Begins with a Theory

The DISC assessment is a ‘four-quadrant’ tool that an individual can use to learn about their natural and adapted behaviors and the behaviors of others. Many organizations, large and small, use this tool to help employees and staff develop better communication and self-awareness skills. Frequently, DISC is used to create a more unified culture within whole organizations. Many organizations also use it with a leadership development capacity.

We created this page to provide the rich history of DISC.

The Emotions of Normal People and the Beginning of D.I.S.C.

All DISC tests and assessments are based on the research and the DISC Theory of William Moulton Marston, Ph.D. (1893-1947).

Who is William Moulton Marston? 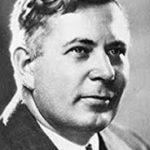 In 1928, Marston published his book titled Emotions of Normal People and he introduced his DISC theory. In this book, he classified four categories of human behavior which we now know as the DISC Personality Types:

While Marston saw that a person had a primary ‘style’, he viewed a person as a ‘color-wheel’ in that the colors of each style blended into each other. Essentially, a person’s behavior was made up of a little bit of every style.

Marston’s work was influenced by his contemporaries such as Carl Jung and Sigmund Freud who focused on abnormal behavior. However, Marston sought to generalize if people exhibit classifiable normal behaviors.

It’s important to note that Marston did not develop an assessment.

Fun fact; in addition to his work on DISC and understanding personality, Maston also created the lie detector test, and introduced “Wonder Woman” into the DC comic strip universe. 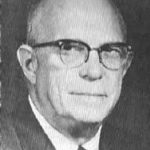 Clarke built a test for personnel selection called the Activity Vector Analysis (AVA). The AVA was designed as a ‘short personality measure’ and used as a hiring selection tool for various industries.

To create the assessment, Clarke identified a list of 81 adjectives that are commonly used in describing someone. He then asked participants to check the specific words (from his list of adjectives) that they felt best describe themselves.

After collecting and analyzing the data on this instrument, he discovered that the four factors produced from the data (aggressive, sociable, stable, and avoidant). If you think this sounded a lot like DISC, we would agree.

Clarke concluded that the data could be best explained by Marston’s model of human behavior. However, Clarke’s AVA wasn’t focused entirely on Marston’s DISC Theory, he also used the work of Prescott Lecky to create his test.

The Self Discription Assessment

In 1951, John Cleaver joined Walter Clarke Associates and over time developed his own assessment, which he called Self Discription (notice how the word ‘description is spelled).

In 1956, Cleaver left Walter Clarke Associates to form J.P. Cleaver Co. Like Clarke, Cleaver intended to use his assessment as a way to select a person for a certain job based on their behavior.

Cleaver’s assessment began like the AVA as an adjective checklist, but it evolved into a 24, four-adjective, forced-choice ‘question’ instrument.

In the 1970s, John Geier, a faculty member in the University of Minnesota’s Department of Health Sciences, used Cleaver’s Self Discription to create the original Personal Profile System® (PPS).

Geier formed a company called Performax (which is now owned by Wiley).

PPS used the same 24 four-adjective ‘questions’ and items that appeared in the original Self Discription. Geier’s main contribution was not so much in the area of instrument development, but in furthering the understanding of the 15 basic patterns discovered by Clarke. Geier collected pattern descriptions through clinical interviews with hundreds of people. By extracting behavioral information from those interviews, he provided richer descriptions of these 15 patterns that had come to be known as the Classical Profile Patterns. The DISC Classic products still use these classic profile patterns to this day.

In 1998 Dr. Tony Alessandra wrote the book The Platinum Rule. This book, argues that the “Golden Rule” is not always the best way to approach people. Rather, we should adopt the Platinum Rule: “Do unto others as “they’d” like done unto them”. In other words, find out what makes people tick and go from there.

To help people understand how to “do unto others as “they’d” like done unto them”, Dr. Tony Alessandra created an assessment company and his own version of DISC.

Today, we represent this version of DISC and sell it under the title of DISC Basic.

DISC Basic is published by Assessments 24×7.

This tool has the ability to pull insights from Emotional Intelligence assessments, Learning Styles, and Motivators. These tools are validated by Assessment Standard Institute (ASI). Unlike other DISC Products, ASI is a third-party agency and does not benefit from the sale of DISC Basic.

DISC Basic has a specific report for Leaders, Kids, and for Christian Institutions. DISC Basic uses the line-graph version of DISC which is often called the classic DISC Model since that is what the original assessment used. This tool is valuable for helping anyone develop more self-awareness.

Get Started with DISC Basic: